I am not sure whether these short presentations of the scientific and cultural trajectories of RSAI Fellows could be of any use or inspiration for younger scholars in regional science. In fact, as Dante meant with his Comedy, in societies there is no hero but anyone is the hero of his own story. Nevertheless, I trust the interpretation of market demand by the editors of our Newsletter that have asked this since many years. (Editors: we believe everyone has enjoyed reading these research autobiographies!)

The beginning of my research was not about regional issues but in a related field: industrial structure, market power, technological progress and innovation. But soon, discussing with my friend and, at that time, research partner Riccardo Cappellin, I felt a fatal attraction towards regional and urban issues and decided that my work should have been embedded into a wider theoretical dimension, that of space and ‘territory’. Interpreting interregional imbalance and the why and how of the existence of cities since history is there; and how human action does not inscribe itself into geography and history but molds geography and history themselves, or reacts unpredictably to the limits imposed by them.

Methodologically, I felt that theory and conceptualization should come first with respect to formalization and empirical testing and that these four steps should always come together sometimes and integrate each other. Moreover, I found disturbing and even harmful the conflict between formalised, stylised approaches and not-formalised, conceptual ones, both lacking their necessary counterpart, and the idea of a necessary convergence between the two became a continuous logical fil rouge of my research.

As early as 1980, I defined economic space as ‘relational’ in nature: “the set of functional and hierarchical relationships that happen on geographical space” (later on, I added social and even identitarian relationships). The necessary formalization and testing of this idea came two decades after, with the concept of ‘territorial capital’, namely “the set of local assets – material and immaterial, natural and artificial, public and private, cognitive, cultural and social – that constitute the competitive advantage and the attractiveness of places”; this was achieved through the construction of an ideal production function with heterogeneous capital assets, when the immaterial ones were increasingly made available by statistics at the regional level.

In the early stage of my career (the 1980s) I built models of innovation diffusion (robotics) explaining inter-regional time and spatial lags, and worked with regional input-output tables. I was able to show how the construction of a large transport infrastructure, the Autostrada del Sole linking Italy’s northern and southern parts in the early sixties, destroyed most of the handicraft production in light industries (clothing, furniture, food) of the south, challenged by northern mass production, while at the same time national economic policy was building huge capital intensive plants in heavy industries, creating the deficit in trade balance of the Mezzogiorno and its difficult employment equilibrium that persisted ever since. Building the first I-O table for an Italian region, Sardinia – an island, where external movements of goods are traced by ports and airports statistics – I showed how a ‘smart’ and integrated tourism investment like the Aga Khan’s in Costa Smeralda in the 1970s, encompassing infrastructure, hotels and villas, an airport, an air company and a shipyard, was comparatively the best for that area. 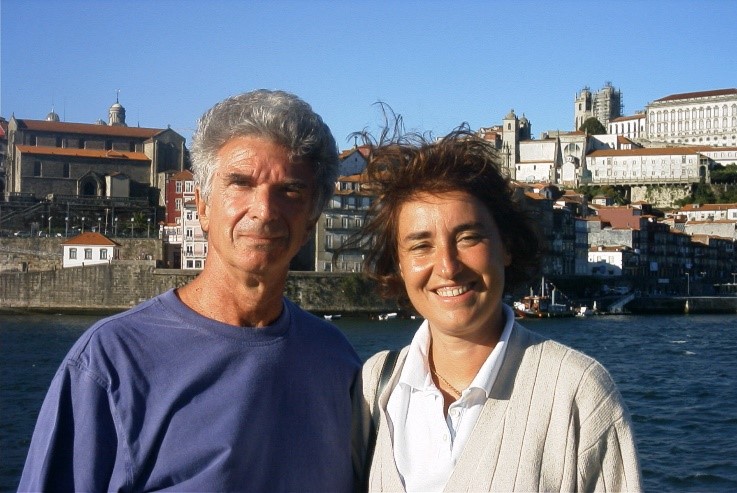 With Roberta Capello at the ERSA Conference in Porto, 2004

Moreover, in the same years, a relevant effort was paid to the construction of mathematical ecology and spatial self-organisation models, linked to precise theoretical and empirical questions. A prey-predator urban dynamics model interpreted the interaction between urban profits (the prey) and land rent (the predator), giving rise to urban life-cycles; a different, self-organisation dynamic model of an urban system - where a stochastic, Schumpeterian innovation element replaced the usual, deterministic export-base element - showed that, for the emergence of a full urban hierarchy in presence of agglomeration costs à la Alonso, increasing net returns to urban scale are crucially needed. This last model (1986), fully elaborated in cooperation with a mathematician, Giorgio Leonardi, and a planner, Lidia Diappi (interdisciplinarity matters!) supplied largely the basis for many subsequent theoretical and econometric advancements in urban economics, achieved recently by the team of regional scholars in our research group at Politecnico di Milano.

The years 1985-2000 were mainly devoted to the construction of the milieu innovateurs theory, an evolutionary approach to the development of local production systems realized by an international group of scholars gathered by Philippe Aydalot at Sorbonne in Paris, the GREMI, led by myself after Philippe’s premature death in 1987. The main theoretical element was represented by the role assigned to local space, that of uncertainty-reducing operator working through the socialized transcoding of information, ‘collective actions’ by private actors and processes of ‘collective learning’ (1991). Empirical testing of this theory was achieved by Roberta Capello in 1999. 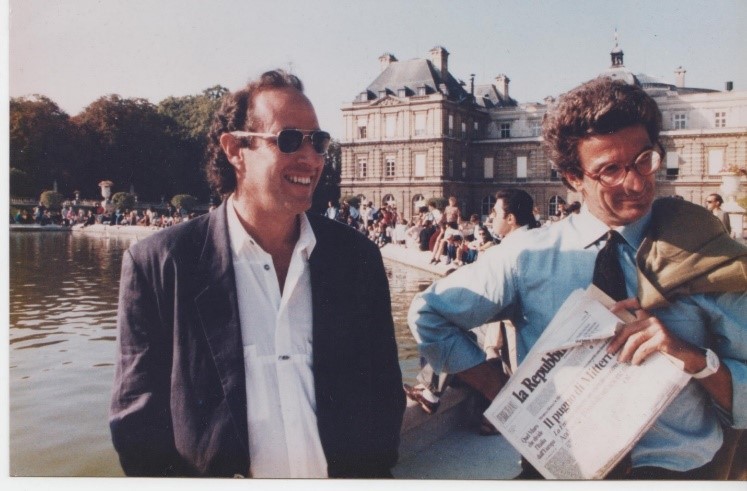 With the late Richard Gordon, our American partner, in 1990 in Paris at a GREMI conference

In the same years, working with the scientific committee of DATAR, the French national agency for actions and policies of aménagement du territoire, I was asked to develop the economic rationale and a typology of cooperation networks among cities (réseaux de villes) (1993) that was subsequently used by the European Commission (namely in the ESDP). The concept was once again corroborated by Roberta for the WHO city network project. In these same years I prepared a textbook of Urban Economics (1992), later translated into French (1996) and Spanish, quite innovatively organizing the wide spectrum of existing literature into 5 principles + a summative one devoted to the theory of land rent.

The policy fall-outs of scientific elaborations were always a relevant goal in my mind, and was able to verify the importance of a sound theoretical background for the justification of my proposals when I had the opportunity to serve as Head of the Urban Affairs Department at the Presidency of the Council of Ministers in Rome with the first Prodi Government (1997-98). I also had the same positive experience working in different times as consultant for the European Commission, with Commissioner Giolitti (1977-85), Wulf-Mathies (1997-98) and Cretu more recently, learning at my expense that innovative ideas necessarily – and rightly - need some time in order to be ‘digested’ by political administrations.

Scientific works of mine in more recent times are more accessible and well known. All were achieved thanks to the cohesion, enthusiasm and scientific efficiency of the present team in Milan, co-directed (and now directed) by Roberta Capello. I would just like to remind the MASST model for European regions - a macroeconomic, sectoral, social and territorial econometric model producing conditional quantitative foresights on a scenario basis built for the ESPON project – probably the only truly regional model in use, using the concept of territorial capital, now come to the fourth, updated and expanded version (2005- 2018); the TEQUILA model for territorial impact assessment of European projects and programmes, working at NUTS3 level, including quantitative impacts on territorial efficiency, territorial quality and – for the first time – territorial identity (2009); many works on urban issues (optimal city size; dynamic agglomeration economies; medium-size cities; urban strategic planning; economic assessment of large schemes of urban transformation) and regional and urban policy. 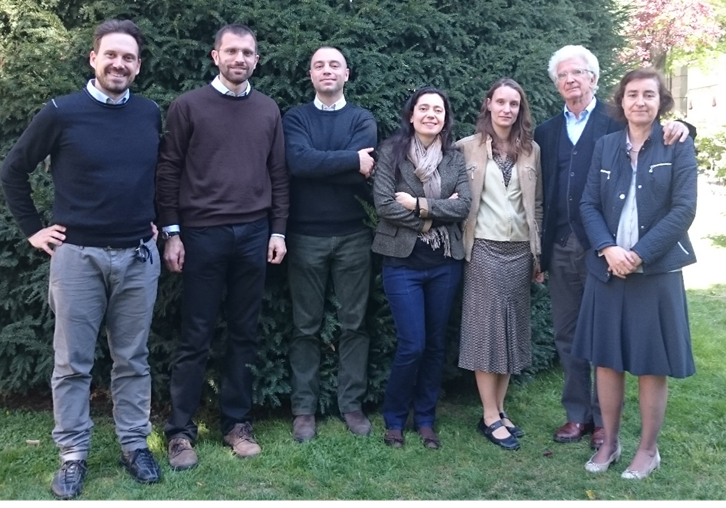 When in 2010, after my presidency of ERSA, I was awarded the ERSA-EIB Prize, grateful and proud, again with Dante – when in the Limbo, being called to join the five great poets of antiquity, exclaimed: ed io fui sesto fra cotanto senno – I said “I am the sixth among such intellect” (in fact, the ninth!). The same gratitude and privilege that I felt last year when I was elected Fellow of the RSAI. But my deepest thanks goes to Roberta and the full Milan team, for the joy they provided me in working with them and the emotion for the fiesta and the publication of some of my works (Capello, 2017) they were able to organize – secretly! – last year for my (imposed) retirement.