Flower Child of the Quantitative Revolution and Second-Generation Regional Scientist

I was a flower child of geography’s quantitative revolution, and I am a second-generation regional scientist. My concept for this article is to ponder the vagaries of how academic careers get launched, the ways regional science wended its way into mine, and why, subsequently, our multidisciplinary institutions came to consume a large portion of my intellectual energies.

Various outstanding scholars were instrumental in mentoring me, and – through my spatial demographer’s lens – I’ve come to view the intellectual enterprise of regional science as being fundamentally about passing the torch to future generations (“What about aging in regional science,” The Annals of Regional Science, 2012).

I began my formal education in a one-room school, on the second floor of a WWII bombed-out manor house, in a small village in England. The year was 1961 (my dad, a Cornell University chemist, was at Oxford on a sabbatical leave). Our teacher, Miss Watson, was quite keen on math, but thought reading humdrum. She awakened in me an intuitive, conceptual approach to math that has served me in good stead throughout my academic career. I would grasp long division in that first year of school, but it would not be until third- grade that I would puzzle out how to read.

Growing up, I fancied pursuing a career as an architect; math and art were my favorite school subjects, with geometry a special passion. In 1972 I enrolled at Dartmouth College and began the pre-architecture curriculum. This involved vast swaths of studio art, but little actual architecture prior to senior year. So, in the meantime, I began taking geography classes. Dartmouth (which prides itself on doing whatever Harvard doesn’t) had retained geography as a major subject and continues to this day a proud tradition of launching the careers of numerous academic geographers (WRSA Fellow, Richard Morrill of the University of Washington, among the most distinguished).

At Dartmouth, I was mentored by geography professor Jack Sommer (who would later become a stalwart member of WRSA). Jack got me hooked on spatial analysis, directing me to the works of D’Arcy Thompson, Peter Stevens, Michael Woldenburg, William Warntz, Bill Coffey, Peter Haggett, Richard Chorley, and others advancing morphological perspectives on natural and human systems. And I became drawn to regional planning, which during that radicalized era seemed more socially relevant career than architecture. Working during leave terms for the office of the St. Lawrence County (New York) Planning Board, I drafted Ian McHarg-style (Design with Nature) overlay maps: the precursor, in many ways, to modern GIS layer analysis.

When it came time to choose a graduate program, Professor Sommer gave me a list of what he considered the top North American geography departments and leading “quantifiers” (that quaint, somewhat pejorative label for those then spearheading Anglo-American geography’s spatial analysis revolution). Among the schools on his list was the University of Pennsylvania, and, among the scholars, Walter Isard. My dad was at that time the Provost of Cornell (according to long-time RSAI archivist, Barclay Jones, during his tenure he approved the creation of Cornell’s Regional Science doctoral program) and he, too, suggested I go down to Philadelphia to talk with Walter about graduate school possibilities. I remember sitting on a stack of papers in the Founder’s (perpetually overstuffed-with- research-detritus) office and asking: “Should I enroll at Cornell or Penn?” Thinking a moment, he replied: “For you, David, Penn.”

With a plan to ultimately become a transportation planner, during my Master’s year of 1976–1977 I studied with David Boyce and Bruce Allen. I recall David chuckling when he informed us we shouldn’t plan on going anywhere for spring break, because Alan Wilson would be coming across the pond to give a week of seminars on entropy modeling. Those masterfully presented lectures, plus a later presentation by Folke Snickars on his work with Jörgen Weibull on a “Minimum Information Approach” to trip distribution modeling, along with Ron Miller’s elegantly presented courses on input-analysis, and Masa Fujita’s on location theory, laid the seedbed for my later dissertation work. Under the direction of Tony Smith, Dan Vining and Janet Madden, I investigated information-theoretic approaches to modeling temporal change in human migration patterns. 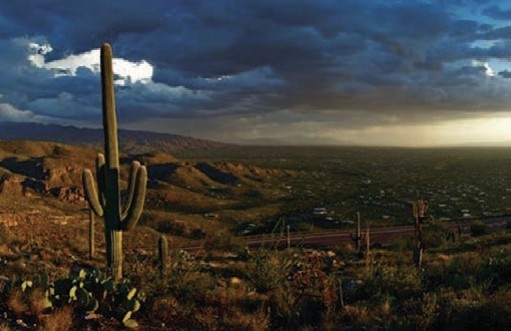 My academic career path was altered dramatically one day when Andrew Isserman popped into my grad student carrel at Penn. Andy informed me I was being hired – along with Larry Klein’s student, Paul Beaumont – to go to  the U.S. Census Bureau as part of his American Statistical Association Fellow’s project to develop novel, combined economic/demographic population projection methodology. I naively told Andy: “No thanks; I think I want to continue working on transportation.” Alas, as others can readily attest, telling Professor Isserman, “No,” was virtually impossible. I soon found myself – sans any formal training in demography – the population specialist on the ECESIS Model development team. I owe a great debt of gratitude to John Long, Signe Wetrogan and others in the Bureau’s Population Division, as well as Andy, for providing on-the-job training in population analysis and for launching what was to become my primary career focus: the geographical analysis of population distribution and migration.

During the second year of the project, Peter Rogerson (then ABD at the University of Buffalo) was hired onto the ECESIS team, and he and I began our long and productive research collaboration and friendship, including joint authorship of our text and practical handbook, The Geographical Analysis of Population.

My first regional science conference attended was in 1974, at the Philadelphia North American meetings. I presented my first paper at the 1980 North American Meetings in Milwaukee; Kingsley Hayes gave the discussant remarks (after re-presenting much of my paper, which I’d been too nervous to get across very coherently). Also in 1980, I entered the faculty job market. A long interview trip took me out west, including, among other stops, to my first Western Regional Science Association conference in Monterey, California, and to Tucson, where I instantly hit it off with the geographers and regional science crew at the University of Arizona. Arthur Silvers, Gordon Mulligan, Carol Taylor West, Alberta Charney, David Barkley, and others were then in that outstanding group. (As I recall, during my interview Lay Gibson was off traveling somewhere else in the world, but he rolled out the welcome mat for me at WRSA.) 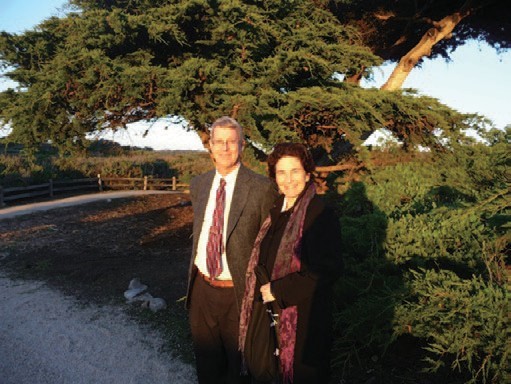 David with his wife, Kathy Jacobs during the 50th Anniversary Dinner of the WRSA in Monterey, California 2011

As a mongrel geographer/demographer, my own research is not as economics- oriented as that of many regional scientists, yet regional science has always provided my primary intellectual home. As I argued in my short 2005 piece in the Papers, “On discipline and disciplines in regional science,” I believe regional science offers “an almost perfect disciplinarily neutral meeting ground.” As in Walter’s vision, it continues to attract top minds bringing technical prowess from many directions to important societal issues of space and location. And the plain and simple style of regional science – it’s all about the scholarship and collegiality without the extraneous trappings of other disciplines and groups – has engendered remarkable loyalty among its adherents.

I’ve felt an almost missionary zeal in promoting regional science institutions and have devoted substantial energies over the decades to building regional science institutions. My first assignment came in 1984 at the Denver Meetings, when Walter Isard informed me that, henceforth, Peter Rogerson and I would become the North American Co-Editors of the Papers of the Regional Science Association. We proceeded to scramble to assemble some good papers for our first issue!

Prior to the 1988 North American Meetings in Toronto, David Boyce organized a (Quaker-meeting style!) workshop to discuss organizational structure of the Association, where it fell to me to draft the initial Constitution of the North American Regional Science Council (a document that took its inspiration, in part, from the Council of the Iroquois Indian confederation).

Shortly thereafter I worked with Lay Gibson to put together the first version of the RSAI Constitution.

In 1990, at the behest of the RSAI Council, I was tasked with transforming the old-style Papers, which had consisted exclusively of papers presented at the three major, superregional conferences, into a regular, quarterly journal. I served a three-year term as the first Editor-in- Chief of what we retitled: Papers in Regional Science: The Journal of the RSAI. Geoff Hewings, long-time Secretary of the Association, was extremely supportive, contributing substantially to that transformation. (As part of the effort, I paid a University of Arizona undergraduate art student, whose name, alas, I do not remember, the munificent sum of $50 to design the four-hexagon RSAI logo.)

In 1991, Lay Gibson handed me the reins as Executive Secretary of the WRSA, a post I would hold, with enthusiasm, through 2011.

In 1994 Ron Miller asked me to take over as Editor of the Journal of Regional Science. By then well into my first term as Head of the Department of Geography and Regional Development at the University of Arizona, I agreed, but only on the condition that I be allowed to co-edit with my more economics-oriented colleague, Gordon Mulligan.

I’ve had the immense pleasure of organizing a plethora of regional science conferences: some nineteen WRSA Annual Meetings (in spectacular venues!) from 1992 to 2011; North American Meetings in Houston in 1993 (assisting Janet Kohlhase), Santa Fe in 1998 and San Francisco in 2006; and the Pacific Conference in Portland, Oregon, in 2001.

Regional Science has been very very good to me. It has given me the opportunity to participate in the flowering and maturation of a significant, international scholarly movement; to help build a multidisciplinary professional enterprise; and to forge a plethora of academic friendships around the globe. I hope all of us in “Club Regional Science” (as our late Springer-Verlag editor, Marianne Bopp, so aptly dubbed our collegial network) will place top priority on nurturing the third and now fourth generations of regional scientists. We should entrust in their youthful enthusiasm and energies, much as the founding generation did during the formative period of my – and my cohort’s – careers.