I became involved in Regional Science in 1972 when the economist Professor Alex Kerr invited me, along with a number of other people in Australia to attend a meeting to discuss the formation of an Australia and New Zealand Section of

In the time since then I have been to all except five (I think that’s correct) of the annual meetings of ANZRSAI, and I was President of that Section for three years from 1980 to 1982. For the first time in 1981 we hosted PRSCO in Australia.

From the early 1980s I became a regular participant in the WRSA meetings, as well as PRSCO and NARSC meetings, and from the 1990s I have been a frequent attendee at ERSA meetings, and since 2000 I have had the pleasure of occasionally attending the annual meetings of the British and Irish, the French Speaking and the Italian Sections, and also meetings of the recently formed sections in Brazil, Chile and Argentina.

So regional science has been a major part of my life, and the involvement in RSAI activities over what is now a span approaching four decades had resulted in not only making countless good friends around the world, but also in developing a number of most productive research collaborations that have resulted in publishing a number of books and other publications.

I was deeply honoured when I was asked to become the President of RSAI in 2005 and 2006. And then in 2010 I was elected as Fellow of RSAI, an award that I cherish more than any other. Earlier in 1997 ANZRSAI had honoured me by making me a Life Member; in 2010–11 I was appointed President of WRSA; and in 2012 ANZRSAI presented me with the Distinguished service award.

All of this has been a life-enriching and career-enhancing experience that I never dreamed of when I started out as a young academic human geographer in an isolated country at the end of the world in the mid-1960s. I owe a great debt to regional science and the involvement in RSAI has been immensely enjoyable.

Reflecting on one’s career as an analytical human geographer and regional scientist and the research in which I have been involved, it is interesting to identify in my case a number of distinct phases that seem to have run for overlapping spans of about a decade each.

When I started out as a Senior Tutor in Economic Geography at the University of Melbourne in 1966 (after a few years as a high school teacher following my undergraduate course at the University of New England in Armidale in rural New South Wales where I had grown up and gone to school), marking the beginning of phase 1 of my career, I had commenced conducting research into the patterns of post-war immigrant settlement in Melbourne. Then in 1968 when I moved to a lectureship in Geography in the School of Social Science at the two-year-old new Flinders University in Adelaide I extended this interest in social urban geography to investigate social differentiation in residential areas of cities and the residential location decision and choice. The latter was the topic in which I undertook my doctoral research while teaching at Flinders U. That then morphed (by the late 1970s) into a wider interest in investigating socio-economic advantage/disadvantage in cities within a welfare geography framework that was inspired by the writings of the geographer David Smith. That has tended to remain a theme in some of my research up till the present. Part of that research effort was to publish a highly successful and widely used Social Atlas of Adelaide.

The 15 years I spent at Flinders marked phase 2 in my career. In many ways the years at Flinders were dominated by my developing a keen interest in the collection of primary data through survey research to investigate aspects of human spatial behaviour. That was spurred through two important influences that led to a long period of collaboration first with Reginald Golledge (the doyen of analytical behavioural geography and a former tutor of mine when I was an undergraduate at UNE), and Charles Cannell and Robert Marans in the Institute of Social Research at the University of Michigan where I spent a sabbatical in 1976. While at Flinders U, with a colleague Tony Cleland, a psychologist, we set up the Centre for Applied Social and Survey Research, of which I became the Director. CASSR was one of three survey research centres in universities in Australia at that time, the others being at the University Sydney and the Australia National

University (ANU), with which we developed productive collaborations, along with the Australian Bureau of Statistics. Through CASSR I became heavily involved in multi-disciplinary research involving colleagues from a variety of disciplines. This phase I have referred to as the ‘sales and service’ days of my career, and it was great fun. 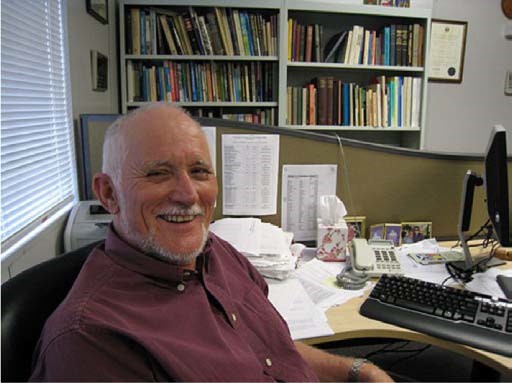 Phase 3 of my career saw me placing an increasing emphasis on undertaking research to inform public policy. While at Flinders U in the late 1970s I had become heavily involved in housing policy analysis. But following a move to Canberra (the national capital), where I became Director of the Australian Institute of Urban Studies (AIUS), my work became almost exclusively policy- oriented. At AIUS we conducted policy research on a variety of urban topics, including rental housing provision, foreign investment, urban real estate, and local economic development (the latter being undertaken in conjunction with Edward Blakely). The second part of my seven years in Canberra was spent as the Dean of the Management School at The Canberra College of Advanced Education, later to become the University of Canberra, where there was a strong teaching program in public sector management. Not surprisingly the administrative load was heavy, and my research was dependent more and more on collaborative effort with others taking much of the lead.

That focus on public policy was continued when in 1990–91, having completed my five-year stint as dean, I was enticed to Brisbane, Australia’s third largest metropolitan region by the then Lord Mayor of Brisbane City, Sallyanne Atkinson, to lead

The Brisbane Plan project, which developed a comprehensive strategy for the development, planning and management of the city for the next 20 years. That begun phase 4 of my career, which was predominately concerned with addressing urban planning issues with a focus on housing and economic transition and urban development. In 1991 I was appointed to the newly established Chair in Urban Studies at Queensland University of Technology (QUT) and began a research program monitoring the performance of the Brisbane-South East Queensland region.

Then in 1997 the Vice Chancellor of the University of Queensland (UQ) enticed me to relocate to UQ to a Chair in Geographical Sciences and Planning, where I had the role of providing leadership in developing a higher profile for urban and regional research in the university. Thus began phase 5 of my career. A new node of AHURI was also established at UQ. While there was a continuing focus on urban research, I also began a substantial effort to develop a much more explicit focus on regional economic development and especially on measuring and modelling endogenous regional performance. That involved collaboration with Roger Stough and Patricio Aroca. That orientation also led to me being asked to join with Peter Nijkamp and Roger Stough to be part of the group organising the Tinbergen Institute workshops that bring together 20 to 25 senior and young scholars to give papers on a theme in regional development focusing in particular on aspects of innovation and entrepreneurship. Those workshops have produced a number of edited books and special issues of journals. This is an example of how regional scientists collaborate to organise highly productive small events in a collegial atmosphere.

At UQ we developed the Centre for Research into Sustainable Urban Futures, of which I was the director, which later became the Urban and Regional Analysis program in the newly established Institute for Social Science Research. The research conducted at UQ over the period from 1998 to 2010 involved teamwork. Most of that work involved multi-disciplinary teams and covered a range of urban and regional fields including: evaluating homelessness programs in Australia; investigating the operation and future of the retirement village industry in Australia; conducting surveys to model subjective quality of urban life; modelling urban and regional opportunity and vulnerability in Australia; and building a large scale urban model for the Brisbane-South East Queensland. We also had a focus on developing spatial decision support systems, an initiative that in fact dated back to the late 1990s with Alan Murray when he was a Research Fellow with me, first at QUT and then at UQ.

Phase 6 of my career also emerged while I was at UQ when in 2004 a group of social scientists from universities across Australia won a bid to establish one of the new Australian Research Council’s Research Networks. Thus, the AUC Research Network in Spatially Integrated Social Science (ARCRNSISS) was established and I became the convenor for the life of the Research Networks program for the five years from 2005 to 2009. ARCRNSISS was a consortium of 18 universities and two federal government agencies and had more than 500 individual participants, along with some international participation. Among many things, we also put almost 100 graduate students through an annual residential Summer School in Spatially Integrated Social Science Theory, methods and Applications. And we developed with additional ARC research infrastructure funding a Shared Research Resources with data from some federal agencies and researcher generated data sets incorporation an e-Research Facility for Socio-Spatial Analysis and Modelling.

I was retiring at the beginning of 2011 when the University of Melbourne asked me to be the Director of the newly established Australian Urban Research Infrastructure Network (AUTRIN), a $20 million federal government funded project to develop an e-Infrastructure for facilitation access to diverse distributed data sets, data integration, and data interrogation through the provision of on-line e-research spatial, statistical and visualisation tools to enhance research capability for urban and built environment researchers in Australia.

Looking back over my career I have been privileged to have been a university teacher and researcher during an era of great change. Especially in Australia, the period from the 1960s to the 1980 was really a time of rapid development of the university system.

University life was highly collegial and it was really a lot of fun being part of it. I think the managerialism that has taken over universities to a significant degree since is a shame as the academy seems to have lost influence and certainly control of many of the important aspects of universities. Now it’s all about key performance indicators, frequent restructuring, and often the loss of discipline identity. The collegiality of regional science is more and more a welcome heaven to escape from all of that.

If I had a message for younger up-and- coming regional scientists it would be to take every opportunity that RSAI offers for developing an international network that leads to collaborative research.

RSAI is a unique institution to which many of the finest scholars in the world belong and they are very collegial and open to assisting younger scholars.

RSAI can literally open up the world for you. Embrace it; you won’t be disappointed; it will be richly rewarding as well as being a lot of fun.

(Published on RSAI Newsletter 2013 May)