by Yves Zenou, Department of Economic, Monash University, Australia (This email address is being protected from spambots. You need JavaScript enabled to view it.)

We are the product of the choices we make but also of the people we meet. This is particularly true for me and for my research interests. Indeed, in August 1987, when I finished my Master’s Degree in Economics and Econometrics at the Université de Paris 10 (Nanterre), I was looking for a possible dissertation topic for a PhD. I had the chance to meet Gerard Ballot, professor at the Université Pantheon-Assas (Paris 2), who suggested that the analysis of spatial labor markets could be an interesting and challenging topic. I decided to embark on this journey, having for sole reference the seminal paper of Harris and Todaro published in American Economic Review in 1970. In my dissertation, I studied the spatial aspects of labor markets, both from theoretical and empirical perspectives. I defended my dissertation in December 1991. I then met Jacques Thisse, professor at CORE in Belgium, who really taught me how to do research. My intellectual debt to him is immense. We wrote several articles together on the theory of local and regional labor markets. Jacques introduced me to Masahisa Fujita and Tony E. Smith, the leaders of the regional science group at the University of Pennsylvania. For me as a junior researcher in 1995, working with Masa and Jacques, two well-established urban economists, was a very challenging experience. I learned a great deal from this collaboration. My meeting with Tony Smith was also decisive. He taught me the rigor of mathematics and the way to prove theorems. Simplicity, kindness, and complexity are certainly good ways of describing Tony. At that time, I also worked with Marcus Berliant who taught me mathematical tools I had never heard of before: differential topology. Diving into the world of general equilibrium with its infinite dimensions and manifolds was a very important experience. It helped me understand the way a general equilibrium is calculated and how one proves its existence and uniqueness. I then collaborated with Jan K. Brueckner who helped me fathom the way to write simple models in order to capture complex economic situations. After having had these different mentors, I was able to work on my own and collaborate with younger researchers.

A large part of my research in Regional Science and Urban Economics has been to study the links between urban economics and labor economics. I believe that many key issues in urban economics can be analyzed in a new and deeper way when the labor market is introduced. In particular, the emergence of urban ghettos and its consequences for the labor-market outcomes of ethnic minorities is difficult to understand if the land and the labor market are not integrated. For example, there is an important empirical literature, revolving around the “spatial mismatch hypothesis”, which states that, because ethnic minorities are physically distant from job opportunities, they are more likely to be unemployed and to obtain low net incomes. Surprisingly, the numerous empirical works which have tried to test the existence of a causal link between spatial mismatch and the adverse labor-market outcomes of minorities are usually not based on any theory. In different papers, I could provide different mechanisms for the spatial mismatch hypothesis. My book, Urban Labor Economics, published by Cambridge University Press in 2009, summarizes all my contributions to this area of research.

In 1998, while I was actively working on urban-labor-market issues, I had the chance to meet a young researcher, Antoni Calvó-Armengol, who was working on a new field in economics, namely network economics. I had to invest a lot in new mathematical tools, such as graph theory and discrete mathematics, to be able to enter this new area of research. Thanks to him I learned relatively quickly these tools and started to apply them to different aspects of the economy. Indeed, network economics analyses the economy not in isolation, but as part of the social structures that support it. Network economics looks not only at direct interactions between two people, but the ripple effect of interconnected links between their friends, friends-of-friends and so on.

Topics such as crime sound more like sociology than economics. But a crucial difference is that network economics provides a mathematical model to interpret behavior and test relationships, allowing for predictions. Indeed, economics has always struggled to explain crime and that’s exactly the kind of problem network economics is designed to tackle. With Antoni Calvó-Armengol and Coralio Ballester, I have developed a concept called the “key player” that is useful in understanding and targeting criminal networks. Who is the criminal you want to remove from the network so you will reduce total crime the most? We have a mathematical model that can solve this question. To test the key-player idea in the real world, I have worked with the police in Sweden to obtain data on all co-offender criminals. When I asked the police which criminals to target, the answer seemed obvious for them – to cut crime, go after the kingpins. But identifying who these were was not necessarily easy. The police had a lot of data, but no scientific method to sort it with. They tended to concentrate on major groups, such as immigrants, or people with existing criminal records. I took a different approach. Each time two people committed a crime together, I linked them in a graph (co-offender networks). Gradually, I created a network with this information, charting the links and different connections between them all. By doing so, I was able to arrive at ‘key players’ the police should be targeting. When someone is removed I could analyse the impact of those remaining. Key players are the ones that show the biggest impacts. People react: they form new links, or commit more crime. My research shows that targeting key players can reduce crime by 20-30% compared to targeting the most active criminals.

Financial markets are another application. In the wake of the global financial crisis of 2008, I looked at the global banking sector. Here I wanted to answer several questions: in a financial crisis, which institution do you want to bail out, to avoid contagion? How does the risk spread through the balance sheet? And which bank should be allowed to fail? The impact of large key players considered “too big to fail” - such as US investment bank JP Morgan and General Motors – may be obvious, but I wanted to understand much more about the impact smaller players may have on the system. My research showed that the bank you want to bail out is not necessarily the one with the highest market share and profit, but the one with a central position in the network of interbank loans.

I strongly believe that network economics is within the purview of regional science and urban economics. To understand this, let’s go back to the issues mentioned at the beginning of this article, i.e. the study of the labor-market outcomes of ethnic minorities. Clearly, distance to jobs is crucial for understanding why ethnic minorities experience adverse labor market outcomes. But this is not the whole story. There are other elements at stake since even when black workers live close to jobs (e.g. in New York City), they still have problems in finding a job. Social networks are obviously an important part of the story and are not always related to the distance to jobs. 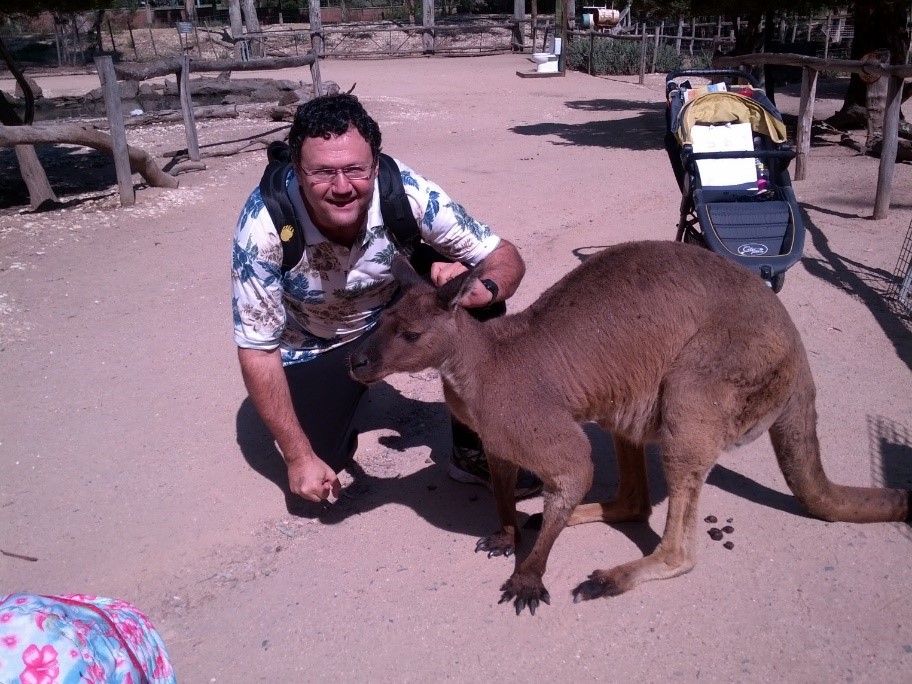 There is indeed strong empirical evidence showing that social networks play an important role in the job search and job finding processes. Individuals seeking jobs read newspapers, go to employment agencies, browse on the web and mobilize their local networks of friends and relatives. In my recent research, I tried to put together urban labor economics and network economics by studying the relationship between non-market interactions (or peer effects and social networks) and urban economics through the labor market. For example, I studied how residential location determines social interactions which, in turn, affect labor market outcomes. Building on Granovetter's idea that weak ties are superior to strong ties for providing support in getting a job, I showed that, if minority workers do not have access to weak ties, in particular because they are segregated and separated from business centers, then their main source of information about jobs will be provided by their strong ties, also residing in segregated areas. But if the latter are themselves unemployed, the chance of escaping unemployment will be very low. As a result, a policy aimed at reducing the unemployment of ethnic minorities needs to take into account the fact that they are separated both in the social and the geographical space, and this is what prevents ethnic minorities from finding a job.

In terms of academic career, I have changed countries and moved around a lot. I started as an assistant professor at the Université Pantheon-Assas (in Paris) in 1992, did a post-doc for two years at Center for Operations Research and Econometrics (CORE) in Belgium (1994-1996), became a professor at the Université du Maine, in Le Mans, France, in 1998, then took a professor position at the University of Southampton, UK, from 2000 to 2003. After that, I moved to Stockholm, to be a professor of economics, first at the Research Institute of Industrial Economics (IFN) and then at Stockholm University. In between, I visited the University of California, Berkeley, for one year (2009-2010). In January 2016, I moved to Melbourne, Australia, and I’m currently a professor of economics and hold the Richard Snape Chair in Business and Economics at Monash University. I have been the co-editor of Regional Science and Urban Economics for the last 10 years (starting in 2007) and have been recently elected Fellow of the Econometric Society (2016), which is rare among regional scientists (only two other RSAI Fellows have received this honour).